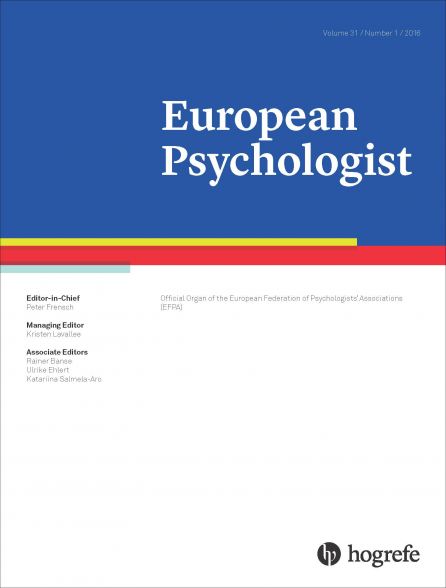 What promotes and what challenges their integration? 

 Youth and Migration: What promotes and what challenges their integration? 

Europe has experienced unprecedented and dramatic demographic changes during the past decades which have altered the face of receiving societies. Ethnic diversity has become the rule rather than the exception in most European countries. Public opinion has not always been positive in light of these changes.

However, often immigrants have a strong commitment to putting down roots in their new countries. Τheir integration and positive adaptation in their new home is crucial not only for immigrants’ well-being but also for the prosperity and social cohesion of receiving societies.

The defining test for how well immigrants are integrated in receiving societies is how well their children are doing.

A common denominator in most of these papers is that receiving societies with their policies, laws, and attitudes related to immigration, play a central role in how well immigrant youth are doing. However, as is noted, policies regarding the integration of immigrants in receiving societies can only go that far to promote immigrant youth adaptation, when national attitudes, such as discrimination and xenophobia, make them feel that they do not belong. Scientific evidence converges on the observation that whereas discrimination, racism, and exclusion have deleterious effects for positive youth development and social cohesion, and are risk factors for radicalization, feelings of belonging and being accepted by the receiving society strengthen immigrant youths’ ties to the host society.

The World Health Organization (WHO) has released its new International Classification of Diseases (ICD-11).

The ICD is the foundation for identifying health trends and statistics worldwide, and contains around 55 000 unique codes for injuries, diseases and causes of death. It provides a common language that allows health professionals to share health information across the globe.

“The ICD is a product that WHO is truly proud of," says Dr Tedros Adhanom Ghebreyesus, WHO Director-General. “It enables us to understand so much about what makes people get sick and die, and to take action to prevent suffering and save lives."

ICD-11, which has been over a decade in the making, provides significant improvements on previous versions. For the first time, it is completely electronic and has a much more user-friendly format. And there has been unprecedented involvement of health care workers who have joined collaborative meetings and submitted proposals. The ICD team in WHO headquarters has received over 10 000 proposals for revisions.

It is with great sadness we have to inform you that James (Jim) Georgas, passed away suddenly, on Friday 20 April 2018.

James Georgas received his PhD from Loyola University of Chicago, Illinois, USA. Among many other positions, he served as Professor at the Department of Psychology of the National and Kapodistrian University of Athens (1981-2002), Head of the Department of Psychology (1988-1997) and Director of the Postgraduate Program of Clinical Psychology (1996-2001). During his long academic career, he vastly contributed to the development of psychology and social psychology in Greece and cross-cultural theory and research internationally.

Jim was Emeritus Professor of Psychology at the University of Athens in Greece and Founding and Honorary Member of the Association of Greek Psychologists. He was committed to EuroPsy (European Certificate of Psychology) and for many years he was member of EuroPsy Steering Group of EFPA which became later the European Awarding committee EAC, led by Prof. Ingrid Lunt.

He was the person who inspired the Aristotle Prize that was given to EFPA by the Association of Greek Psychologists and the Hellenic Psychological Society at the European Congress of Psychology in July 1995 in Athens. The Aristotle Prize was to be awarded to a psychologist from Europe who has made a distinguished contribution to psychology.

A lot of EFPA colleagues will remember him as a friendly, open minded and interested colleague and a highly respected expert. EFPA’s president Telmo Baptista, on behalf of the Executive Council and Staff of EFPA, offers sincere condolences to the family of Jim.

The Scientific Committee for the 16th European Congress of Psychology invites you to submit abstracts for ECP 2019.

Abstracts are sought for:

We welcome contributions from any field of psychology, and expect authors to submit original works that have not been published or accepted for presentation elsewhere neither in English nor in other languages. All abstracts will be subjected to peer-review of your fellow colleagues, coordinated by the Scientific Committee

Visit the website of ECP2019 for more information   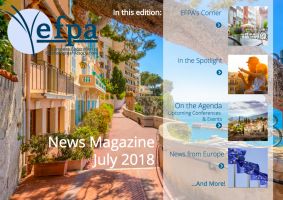 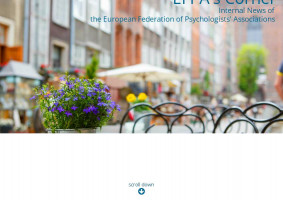 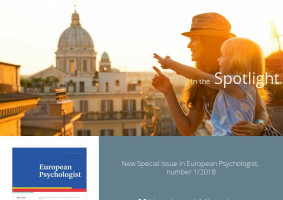 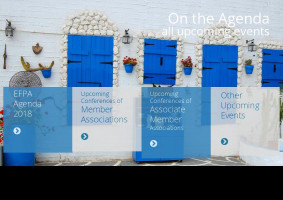 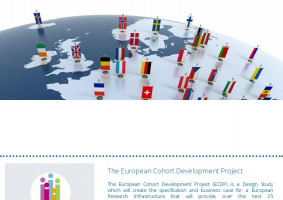 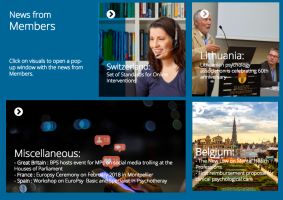 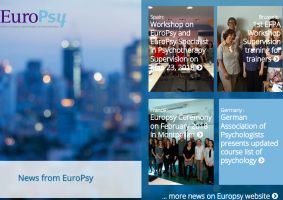 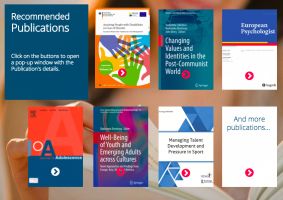 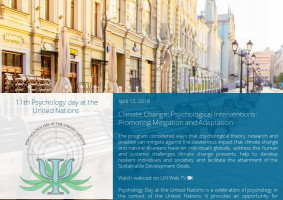 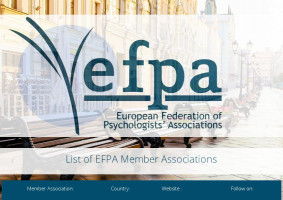 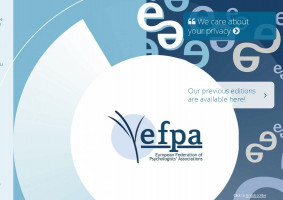