Psychotherapy negotiations are stuck in Luxembourg too

In 2015 the law on psychotherapy has been created. Early January 2018 negotiations about a convention, nomenclature and tariffs were started but are stuck.

Read more about the psychotherapy file in Luxembourg  on SLP.Lu website  (in Luxembourgian, French and German) 

Project protection of the profession of psychologist

The aim of this project is to allow for the advantage of all psychologists:

The next step on the ongoing negociations toward the protection of the profession is: 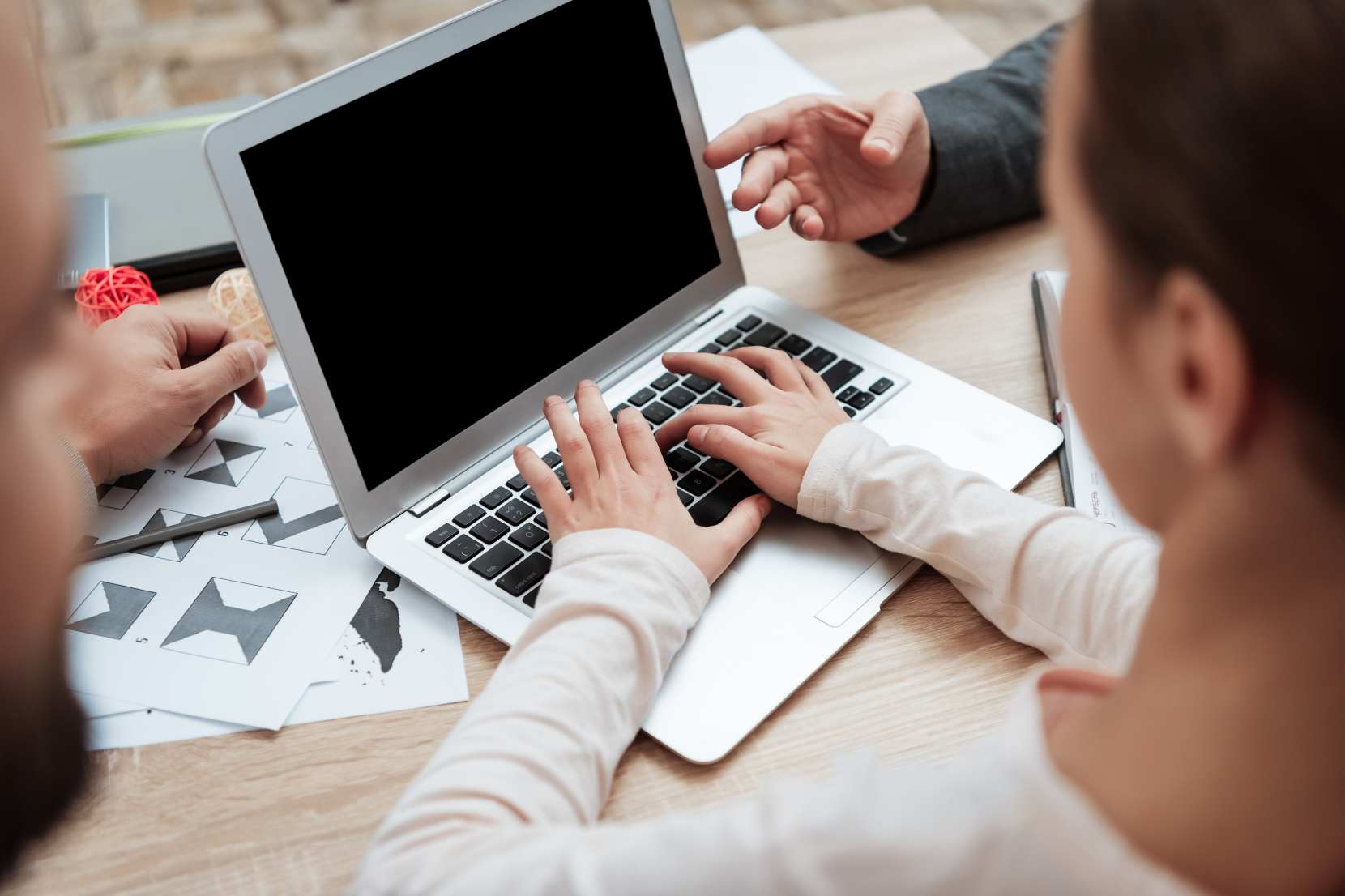 The Dutch Committee on Tests and Testing (COTAN) review system for evaluating test quality (2010) provides criteria for rating psychological and educational tests, scales and questionnaires used in the fields of work and organisational psychology, education, clinical psychology, developmental psychology and other contexts.

Test reviews are published by the COTAN (only in Dutch ) in order to improve tests and testing in the Netherlands.

These reviews can be used by psychologists and other professionals as an aid in making a responsible choice for a test.

Recently, the Dutch Association of Psychologists (NIP) published the English translation of the COTAN review system for evaluating test quality (2010).

This review system is not only used by the reviewers of the Dutch Committee on Tests en Testing (COTAN) and Dutch test publishers, but is also frequently consulted at Dutch universities in the context of psychology education.

To illustrate: several Psychology courses in the Netherlands require students to systematically assess the quality of a test and its manual based on the COTAN review system for evaluating tests.

However, in the Netherlands more and more psychology courses are taught in English, with Dutch-language students increasingly enrolling in the English-language specializations of these programs. In addition, foreign researchers and psychologists increasingly asked the COTAN for an English translation of its test review system.

The pdf document can be found here on the NIP website  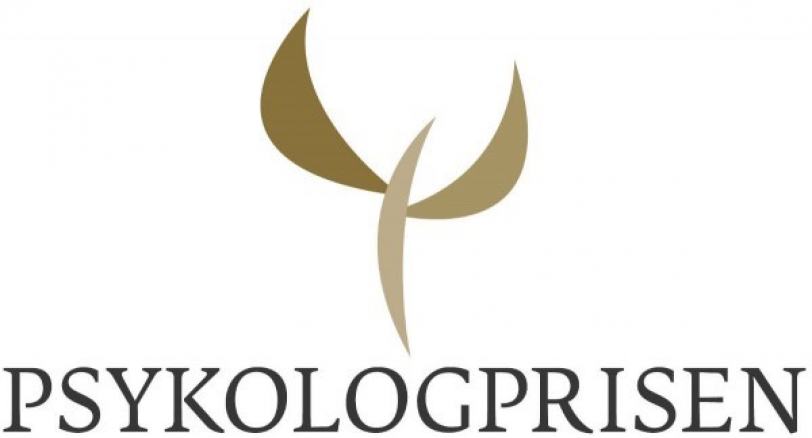  Dealing with mental health care without a patient feedback system is like steering an aircraft without instruments. 

On May 23, 2019, the 4th Psychology Prize has been awarded to Børge Mathiassen for development work on treatment measurement.

"Dealing with mental health care without a patient feedback system is like steering an aircraft without instruments." says  Børge Mathiassen

From 2013, the Children's and Youth Psychiatric Department at the University Hospital in Northern Norway, where Mathiassen is the section leader, has developed what, according to all, is the country's first quality register for patients under treatment.

The Psychologiy Prize is instituted by the Norwegian Psychology Society's central government and is awarded to psychologists / businesses that show in particular how practical use of psychological knowledge can benefit people. 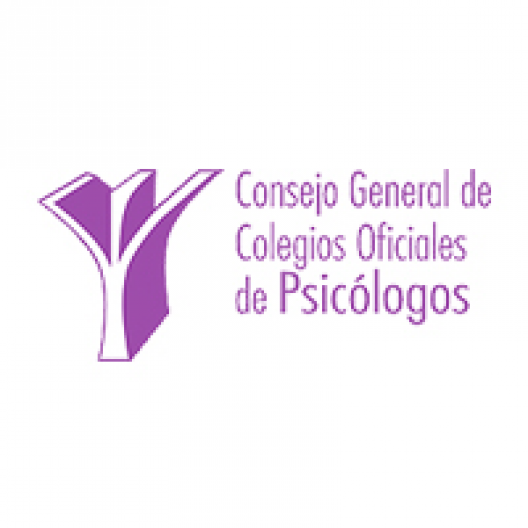 The General Council of the Psychology of Spain (Consejo General de la Psicología-COP), with the advice of the Social Intervention Psychology Division, has promoted the accreditation of psychologist expert in social intervention psychology.

This new accreditation comes to add the specialties in psychology already recognized by the association (more information here ) .

This recognition will guarantee the professional quality that psychologists provide in the professional field of social and community intervention, in which their functions and fields of action are defined as well as the necessary training for their specialization in Spain.

The document can be accessed from here (PDF) .

The Order of Portuguese Psychologists (OPP) and the Portuguese National Commission for UNESCO signed a collaboration protocol with the objective of promoting the achievement of the Sustainable Development Goals (SDGs). The Sustainable Development Goals are a plan of action for the prosperity of people and the planet. Achieving them is a challenge for all citizens as in order to meet these goals, over 10 million Portuguese are called to make a difference and change their behaviours in their everyday small choices and actions to create together a huge impact.

In the “Better world”   space, you can consult or, if you are a member of the OPP or of the UNESCO Associated Networks in Portugal, you can share your contributions for a better world! Actions and initiatives already implemented or completed are welcome! 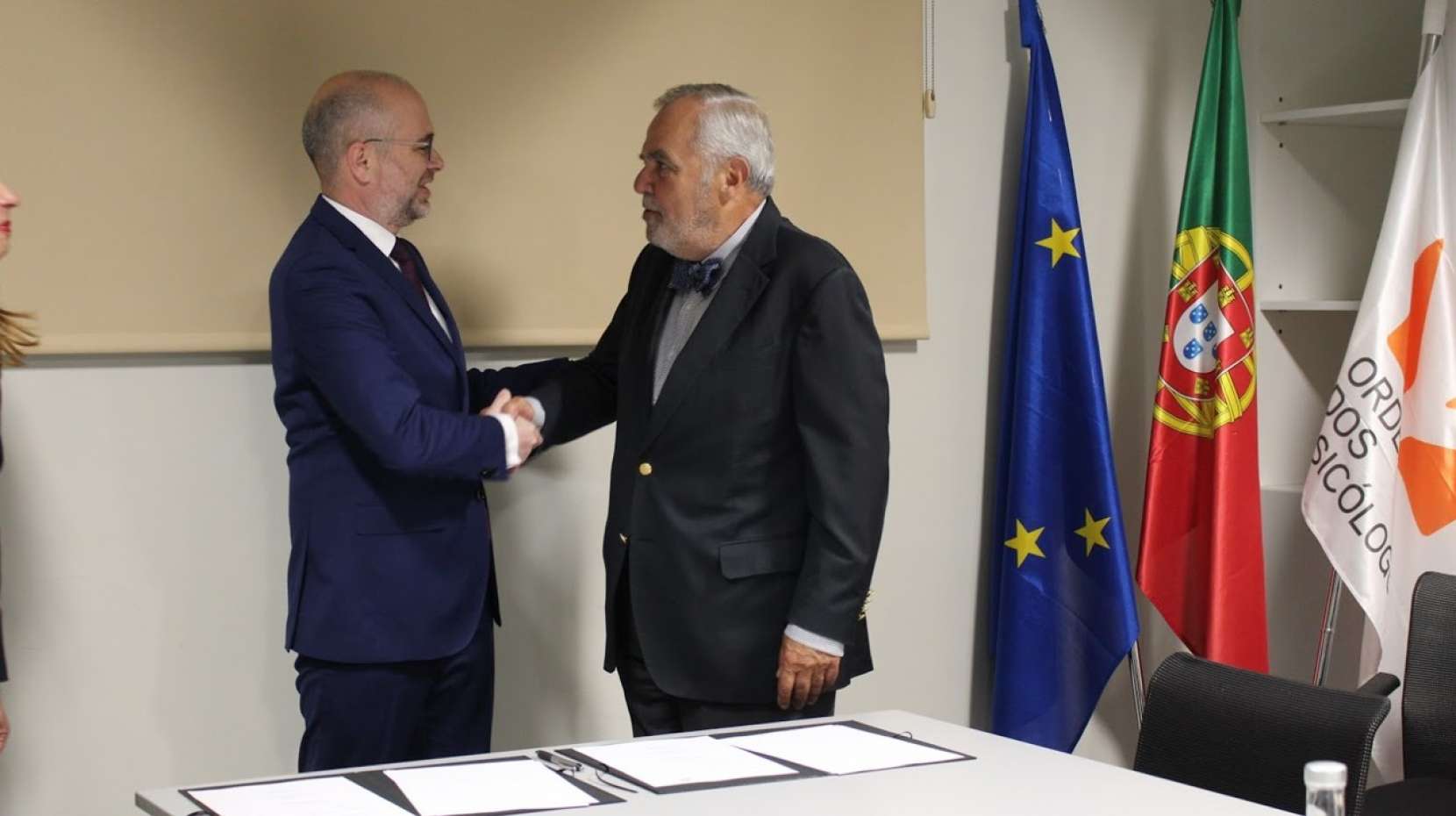 The Order of Portuguese Psychologists (OPP) has launched a public consultation about the new public regulation on psychological Act in Portugal.

According to what has been published, in addition to other assignments, "the act of the psychologist consists of the psychological evaluation activity, which covers different areas and includes the procedures of construction and application of evaluation protocol, the preparation of evaluation reports and the communication of the respective results, diagnosis, analysis, prescription and psychological intervention, including promotion and prevention activities”.

OPP will also continue to defend the creation of the Law on Health Acts.

This has been duly communicated to the Minister of Health by Francisco Miranda Rodrigues, President of the OPP, during a recent meeting.

Psychology Youth Guide: A Swedish internet platform based on adolescents’ own information needs and issues of concern

The Swedish Psychological Association, in collaboration with the National Union of Teachers in Sweden, the Swedish Student Union and the foundation Företagsam, recently received 500 000 € from a Swedish fund to develop an internet site for students in secondary school. The project is led by Dr. Elinor Schad who is also the second vice President of the Swedish Psychological Association. The goal is to build an internet platform where adolescents easily can access material on well-being and health, based on current research.

The project started with collecting information from 270 young people in a workshop format, with the aim to obtain up to date information of how youths today view their school situation, friendships, family life and how they think about their leisure time. The results from this workshop have since provided the base for a survey of young people's life situation and health where more than 2000 young people responded to what interests them and what they want to know more about in the area of psychological well-being.

What emerges from the workshop and survey is that young people are concerned about their health, as well as what they themselves can do to improve their well-being and when they should seek professional help. They also think a lot about how they can help friends who don’t feel well.

The students in the survey study also want to know more about anxiety, depression, stress and stress management. School related performance anxiety is another central theme for many. Both boys and girls are concerned about loneliness. Many also feel inadequate in relation to school work and want to know more about how they should organize their studies in a better way. Interestingly, there are very few gender differences in the results.

The next phase of the project is to build the digital platform and the office of the Swedish Psychological Association is currently working hard to develop the content on the Psychology Youth Guide so that it is appealing to young people between 13 to 19 years. 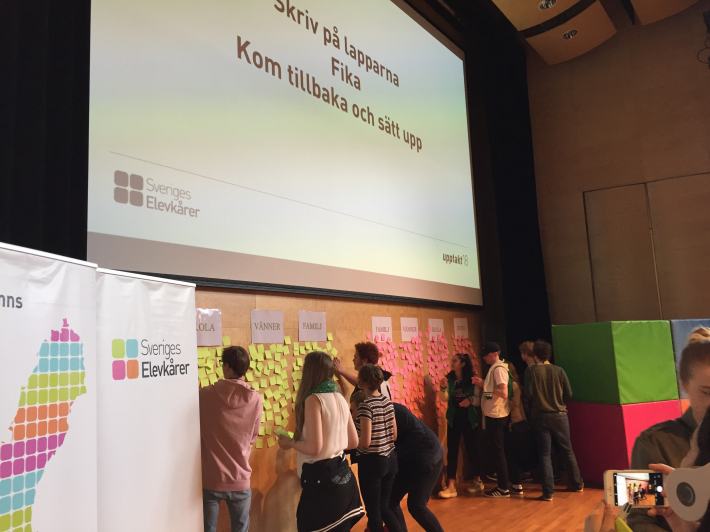 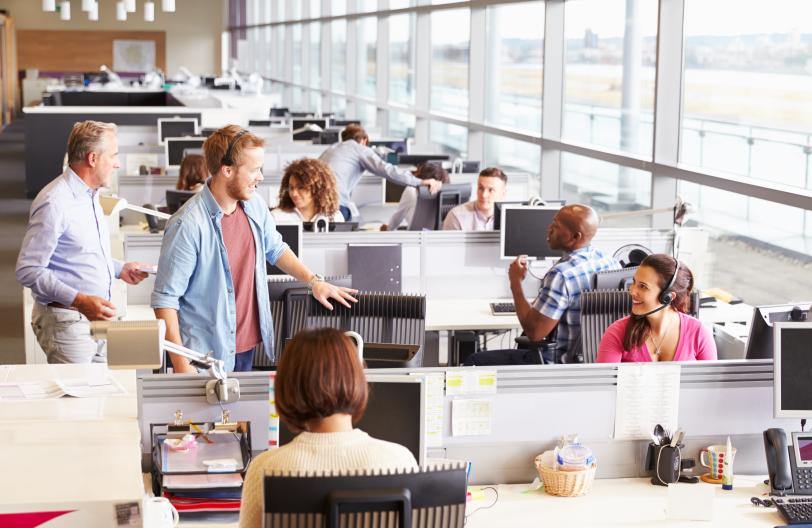 Better guidance is needed to support employees who have been absent due to mental health issues to return to work, a congress in Turin will hear On May 31, 2019 .

Common mental health conditions such as stress, anxiety and depression affect one in six of the UK workforce, and 1.6 million employees report experiencing a mental health issue at work.

British Psychological Society members will lead a symposium at the European Association for Work and Organizational Psychology (EAWOP) 2019 congress on how failing to support the return to work of an employee who has been absent due to mental health issues can lead to problems like reduced productivity, and potential further absence.

Research being presented found that current resources available to employees and organisations only cover the absence period itself, and there is a lack of guidance available to support a successful return to work.

The researchers make the following recommendations to improve current guidance:

Line managers should offer long-term adjustments and support, rather than just in the immediate return period.

Employees should be support with self-care (such as exercising and eating healthily) to promote a successful return. 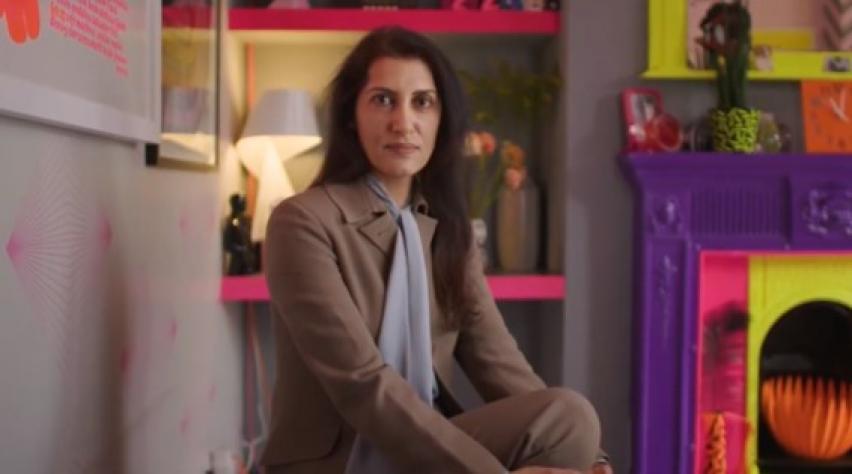 Written by and starring six of BPS' members, We are Psychologists is a short film which shows the diversity of the psychologists who are brought together in the BPS. 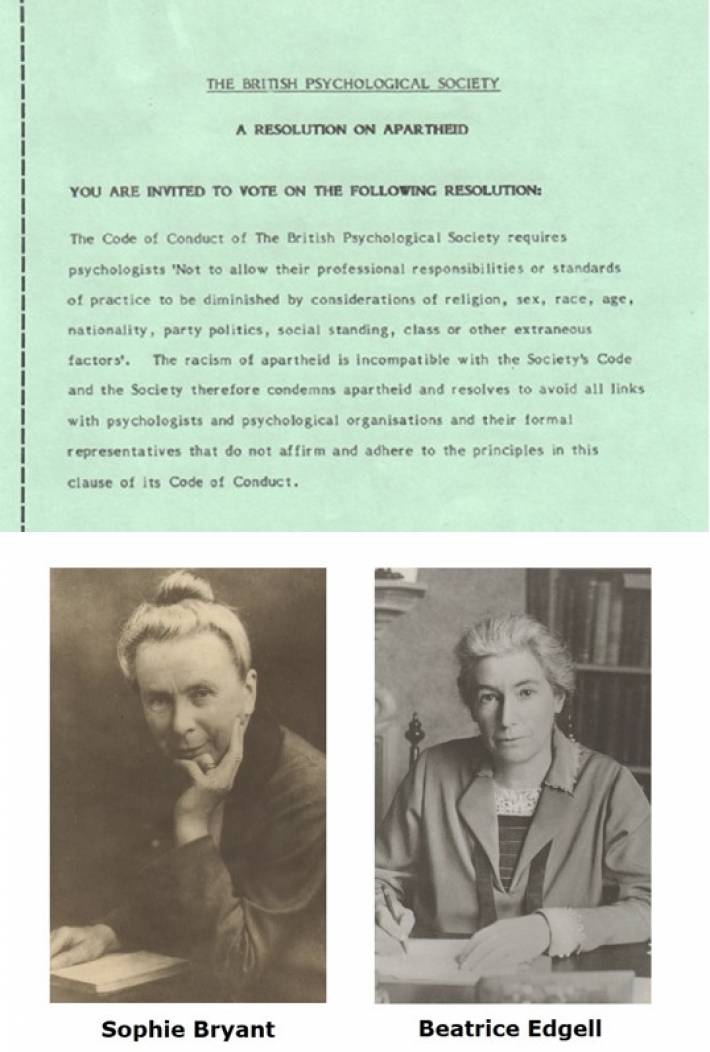 With courtesy of the BPS – Research Digest 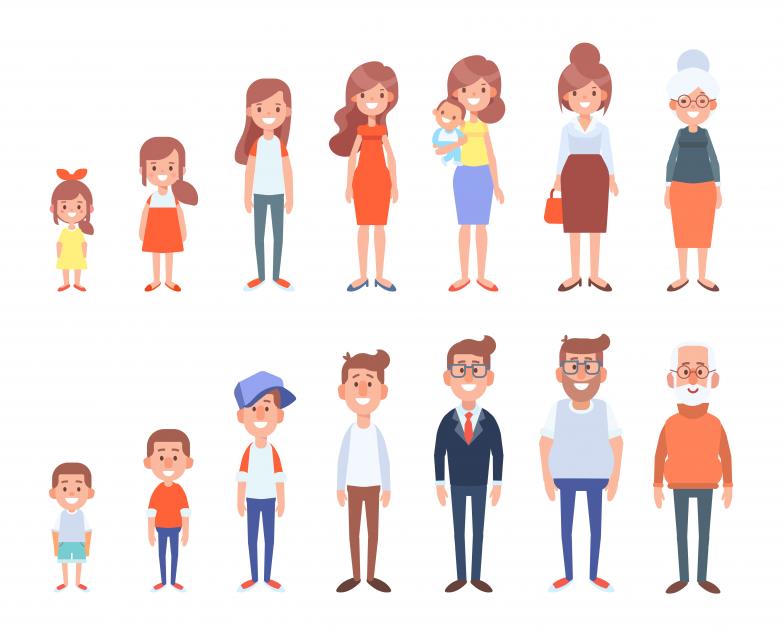 Attachment theory, which was first proposed in the 1950s by the British psychoanalyst John Bowlby, is one of the most influential in psychology. It argues for the importance of our earliest relationships with our caregivers, and predicts that these formative bonds will shape the nature of our connections with other people for the rest of our lives.

Remarkably, however, psychologists still know relatively little about how people’s attachment style – essentially their characteristic style of relating to other people – typically varies through life. “How do attachment orientations change across the life span?

Unfortunately … this critical question has eluded researchers,” write William Chopik and colleagues in their recently published paper in Journal of Personality and Social Psychology .

Their research is the first to document how attachment style varies, on average, through decades of the lifespan, from age 13 to 72. The results suggest that, like other aspects of personality, attachment style is relatively stable through life, but that it is not entirely fixed, and in particular that it may be shaped by our relationship experiences, as well as the varied social demands of different life stages. “The current study is one of the first truly longitudinal investigations into life span changes in attachment orientation and the antecedents of these changes,” write Chopik and his team. 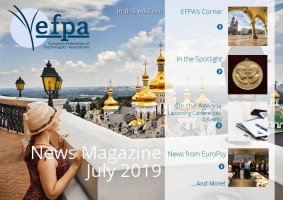 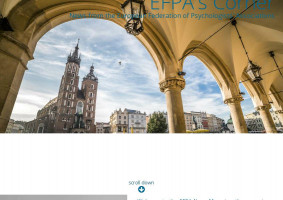 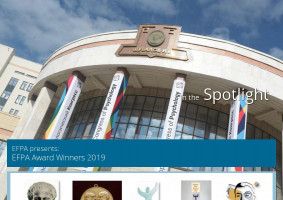 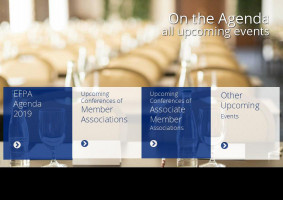 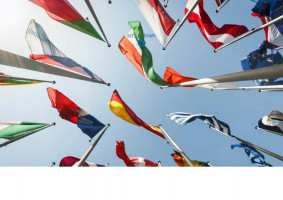 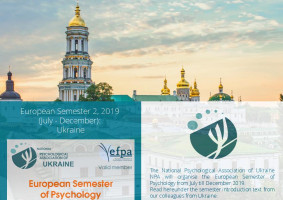 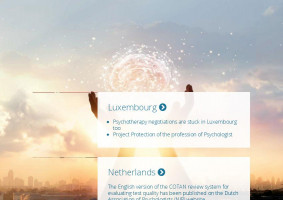 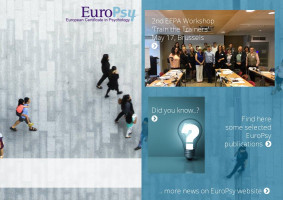 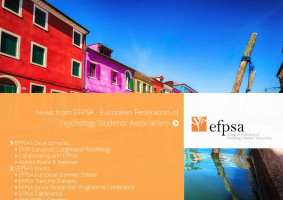 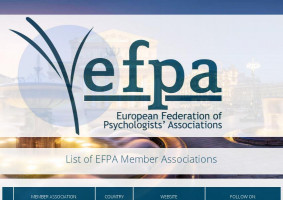 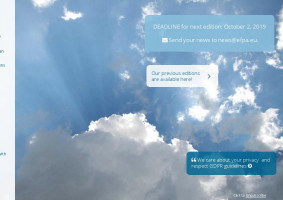