Welcome to the second edition of EFPA’s News Magazine.

This new EFPA initiative wishes to promote and disseminate relevant information for and from the member associations and individual members. We believe that there is a strong need for us to know each other better and to develop common projects.

On july 12, at the EFPA General Assembly in Milan, the delegates elected a new president for EFPA: Telmo Mourinho Baptista from the OPP Portugal. He is the successor of Robert Roe who stepped down after having served six years as President of EFPA. 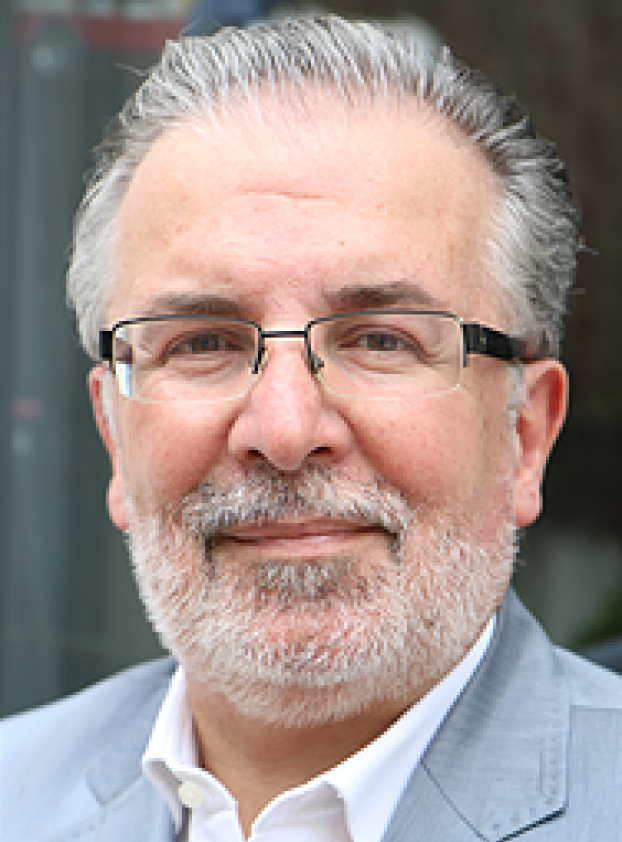 As the new president of EFPA I hope to work with all member organizations – and our associate members too - in the pursuit of the objectives that help advance our profession. We are stronger when we work together. I look forward to our meetings, discussions and, hopefully, many projects.

Help us grow by sending the information that helps in the publishing of this News Magazine. Share it with your members.

The new Executive Council of EFPA : 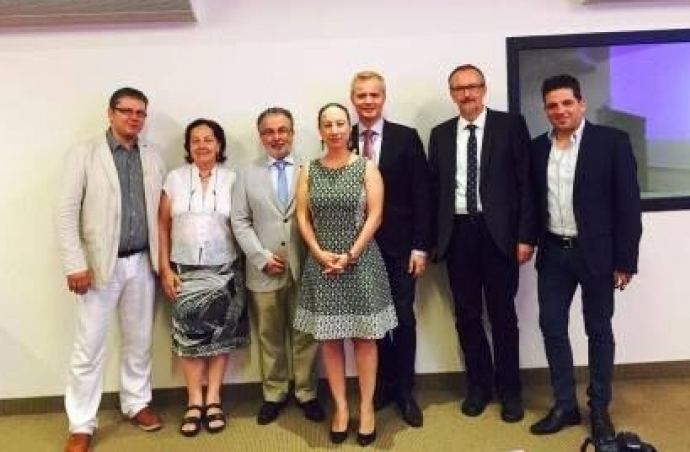 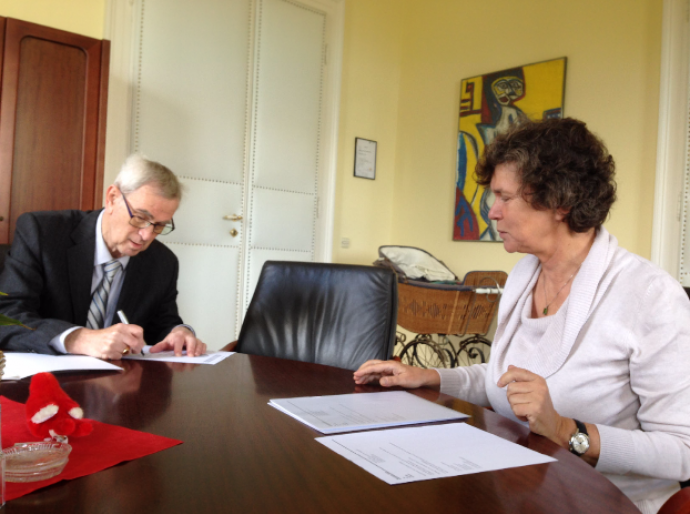 Robert Roe appointed as Honorary Emeritus Professor in Leipzig.
Robert Roe appointed as Honorary Emeritus Professor
Leipzig, Sep. 28, 2015 - The University of Leipzig has appointed the Dutch psychologist and former EFPA president Prof. Dr. Robert Roe as Honorary Emeritus Professor in the History and Foundations of Psychology. In this function he will dedicate himself to the legacy of Wilhelm Wundt, who established the world’s first psychological laboratory in Leipzig in1875. He will also study issues of temporal theorizing in theoretical and applied psychology.
EFPA press release:
EFPA deeply shocked by conclusions of Hoffman Report about involvement of APA officials and US psychologists in torture.
 Interrogations are a NO-GO zone for psychologists 
Read the full statement here 
EFPA press release:
EFPA joins the efforts in ‘Reaching out and saving lives’ on the occasion of World Suicide Prevention Day.
 EFPA wants to raise awareness 
Read the full statement here  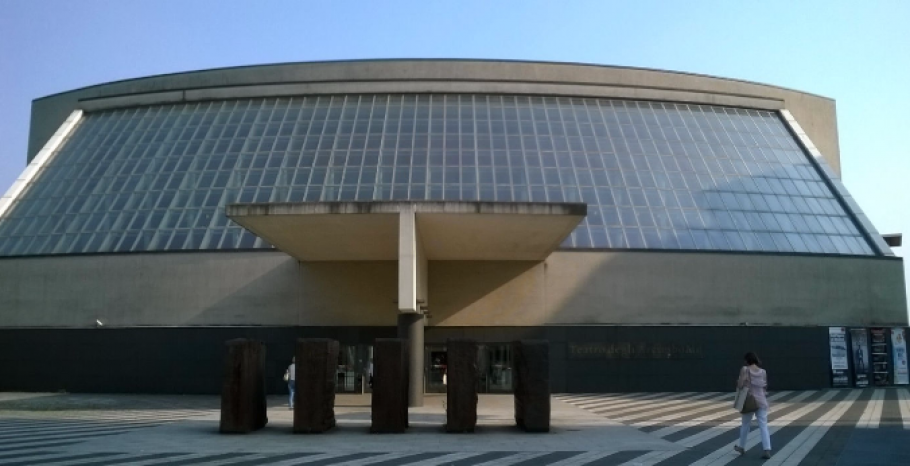 On Sunday evening the 5th of July, the EFPA staff arrived at the airport in
Milan, to attend the 14th European Congress of Psychology “ECP 2015”, hosted in the University of Milano-Bicocca, given its track record in psychological re search in Italy.
76 countries
With its history of bringing together leading experts in psychology research, this international congress held the promise of bringing together worldwide perspectives on psychology. It attracted 3096 registered participants, and that number hit a few hundredmore during the congress, of no less than 76 different countries. This staggering number of participants, with Italy, Japan, the USA, Spain and Russia as countries of provenance, made the ECP 2015 one of the biggest European congresses of psychology so far.
This year the ECP2015 is guided by the motto “Linking technology and psychology: feeding the mind, energy for life”. The spectacular opening ceremony in the Teatro degli Arcimboldi was opened by the president of the ECP 2015 Organising Committee Dr Mario Sellini, and president of the ECP2015 Scientific Committees (Gian Vittorio Caprara).

During the ECP2015 the EFPA awards were presented, renowned scholars and practitioners, such as Professor Robert Roe, Saths Cooper and Philip Zimbardo mingled with the congress audience in the university halls and transformed the summer-dazed university campus in a buzzing metropolis of psychologists.

During the congress, many interesting key note speakers presented their work. Hundreds of poster presentations flanked the hallways, enabling the sharing of ideas and knowledge among many interested listeners and young researchers.
Read the full report here 
t , including EFPA.

The 14th European Congress of Psychology (ECP) took place in Milan under the auspices of EFPA. The objective of the event was the integration of practice with research. During the event, the relators have presented new techniques and best practices from all the fields of psychology. 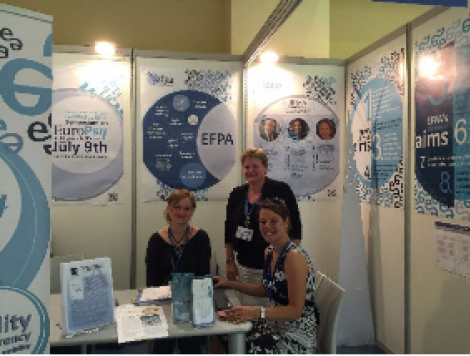  The European Congress of Psychology is increasingly becoming a global meeting place, where students and professionals from all parts of the world share knowledge and experiences. 

Over 3000 registered participants from no less than 76 different countries made the ECP 2015 one of the biggest European congresses of psychology so far.

Delegates of the General Assembly of EFPA, Milan 2015.

Picture with higher resolution can be obtained by sending a request to headoffice@efpa.eu. 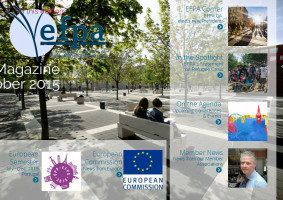 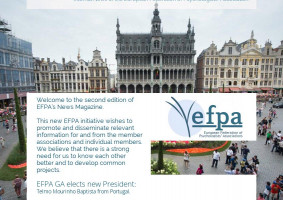 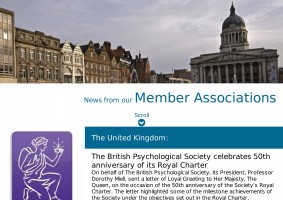 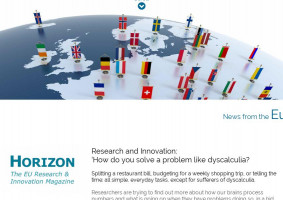 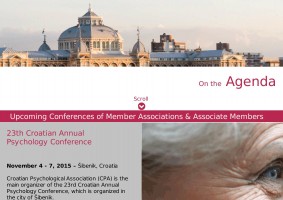 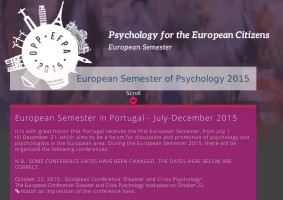 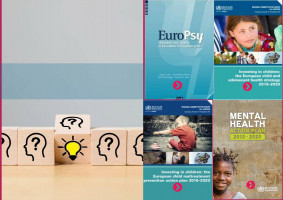 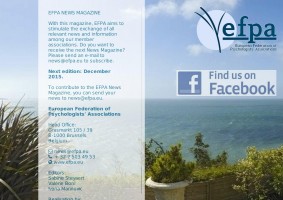