  The importance of indentities for families, organizations,
and communities 

  The role of the goal concept in motivation science 

  Impact of attachement on information seeking across cultures 

  Reflections on the needs of society and what psychology
can offer   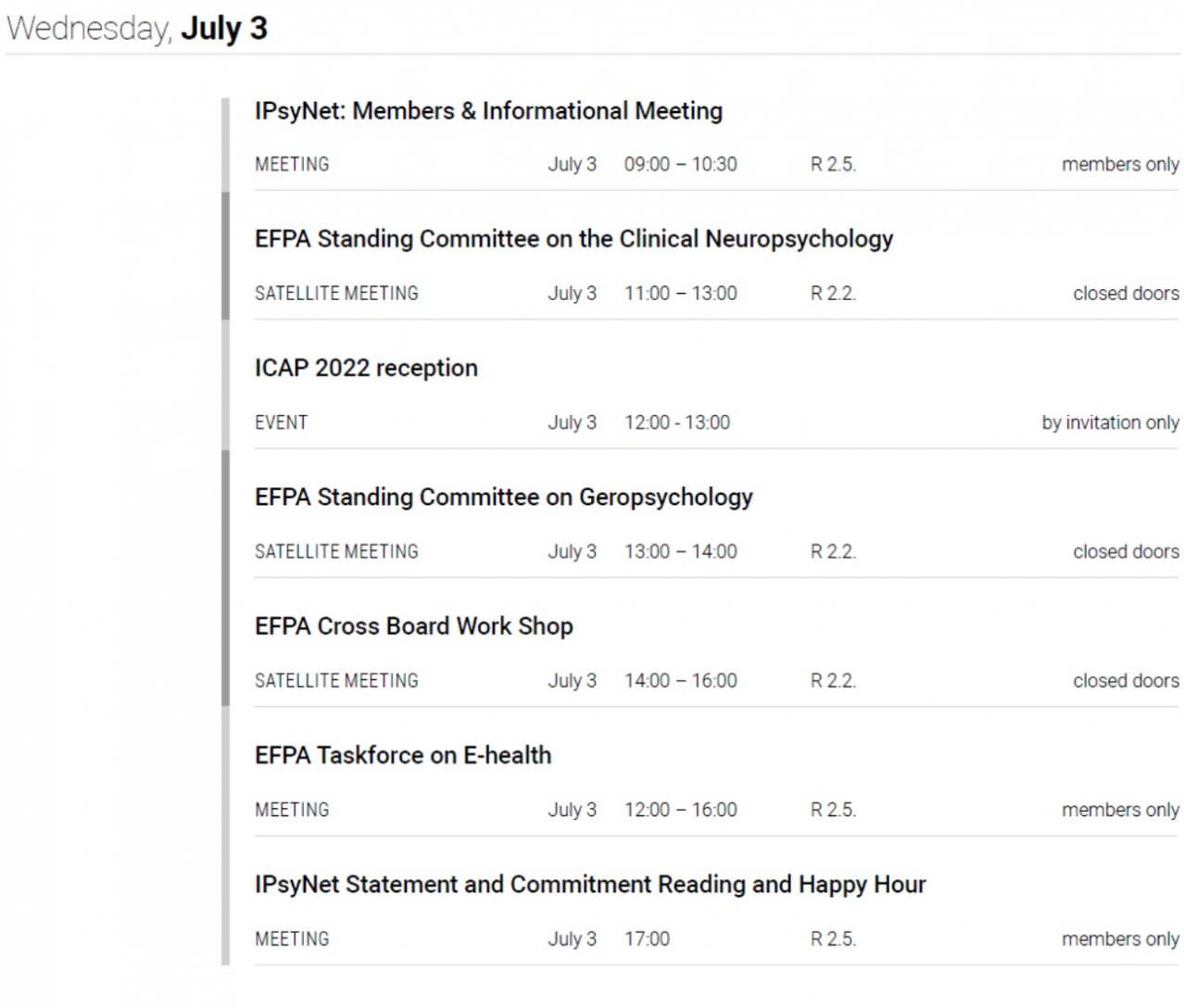 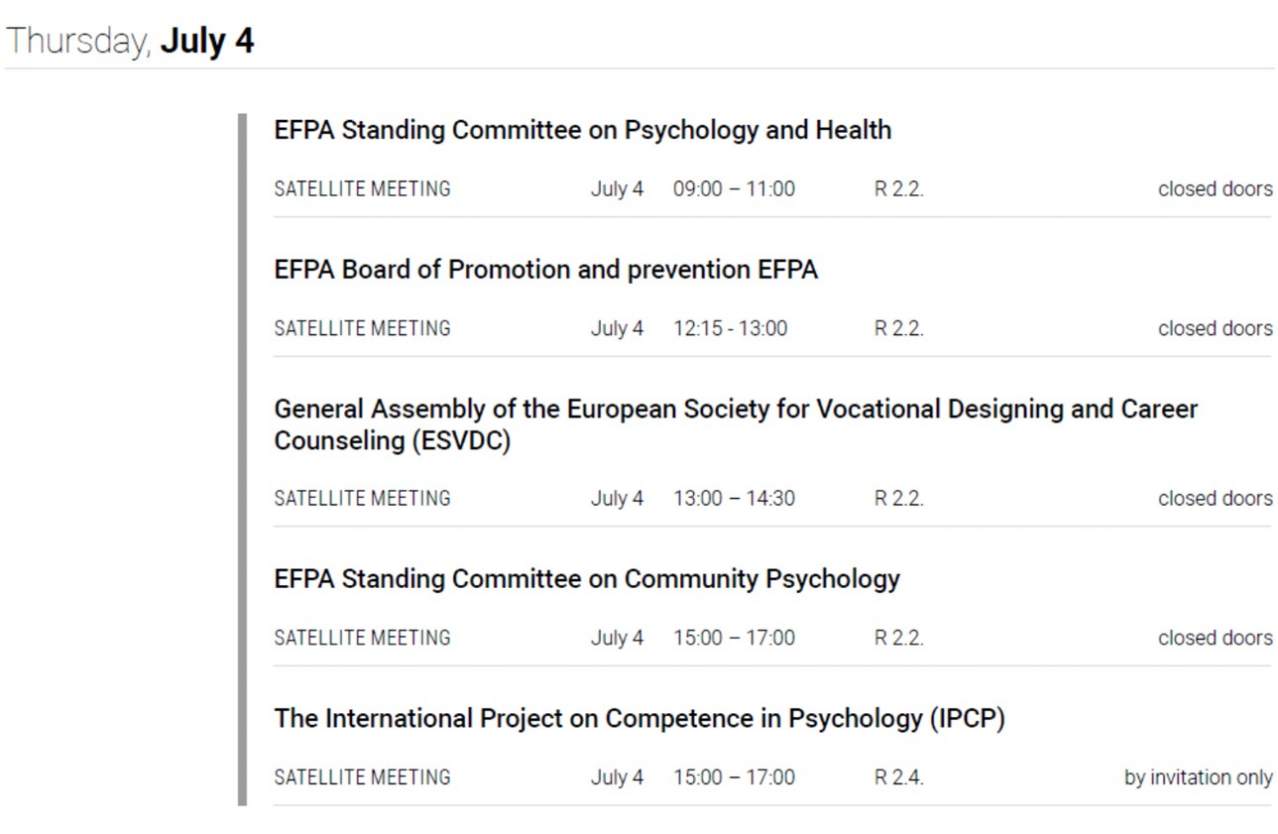 Our partners at the congress   
Presidential Addresses in pop-up

International Psychology: the importance of national and regional partnerships

As the global body for psychology, the International Union of Psychological Science is committed to world-wide representation and application of psychological science; the involvement of psychologists from all geographic regions is central to this aim. I will briefly outline three areas where a global view of psychology is needed:

Applied Psychology during the Past Hundred Years

As the President of the International Association of Applied Psychology (IAAP), I will look at the origin of applied psychology from a historical perspective. In this perspective, during the First International Congress of Physiological Psychology, which took place in 1889 in Paris, two contrasted approach emerged: for some of the participants (e.g. Wundt), psychology was a pure experimental science detached from any practical concerns, while others (e.g. Münsterberg) were convinced that psychology should be useful, as one could apply psychological principles to practical concerns.

IAAP was officially founded in 1920, in Geneva, as the first international academic society within the field of psychology. It was initially named in French ‘Association Internationale de Psychotechnique’, and some 30 years later, it became the ‘International Association of Applied psychology which is our name today. According to Clifford B. Frisby, the first non French-speaking President of the association (1953-1958), what appeared to be most important was that “the original members were interested in the practical application of psychological principles and methods to the situations of real life.” He completed by stating that: “basic and applied research... may well go hand in hand, but they can quite easily be prosecuted separately. Nor is it necessarily the case that applied research must wait upon basic research, since it is sometimes the study of applied problems which permits the formulation of a fundamental problem for separate attack” (Frisby, quoted in Gundlach, 1998, XIII, p. 711).

In fact, within the field of applied psychology, some studies start from a real life situation and develop a new theory in order to provide solutions to improve that situation, while others begin with a theoretical approach in order to deal with a practical concrete problem that needs to be improved. During the presentation, I will give examples of studies.

His field of scientific interests include: Clinical Psychology and Methodology of Psychology.

Neuropsychological approach to rehabilitation in Russia: Traditions and Perspectives

The last few decades have seen a rapid development of scientific research and practice of rehabilitation work, based on theoretical and methodological development of the framework for studying the rehabilitation process. At the same time, the legal and regulatory framework for rehabilitation is changing, as reflected in the adoption of a number of international resolutions, conventions and definitions corresponding thereto, as well as in the establishment of innovative classifications based on the social model of health and disability and characterizing human life and activities. As such, the World Health Organization (WHO) has developed and adopted the International Classification of Functioning, Disability and Health (ICF, 2001), in accordance with which the planning and efficiency assessment of rehabilitation measures is carried out today.

The presentation will be discussing the Russian psychological heritage and key issues in the current sate of affairs in rehabilitation process which have been or can be successfully adopted worldwide.

Say “Present” in every field: the future of psychology and psychology organizations

Psychology is a prolific field of science and practice that can be of benefit for persons, organizations, communities and governments. The accumulated knowledge offers opportunities to develop more psychologically informed policies that take into consideration the discoveries of our field.

As specialists on human behaviour and change, we should be involved in the efforts to transform the world, from the individual to the global levels. Although we face difficult challenges, we can contribute to the most ambitious program of development: the Sustainable Development Goals.

Psychology should be present in every field as it has generated knowledge and solutions in many different areas.

Several issues need to be urgently addressed by psychology due to their consequences for the future of life and living. Climate change and artificial intelligence are two examples of the dialogues that need urgent participation of psychologists.

Psychology organizations advocate at national, regional and world levels.   They should strive for making psychology more heard at different levels and use the new forms of influence to bring psychological knowledge to better the lives of people.

EFPA Events during the European Congress of Psychology (ECP) 2019. 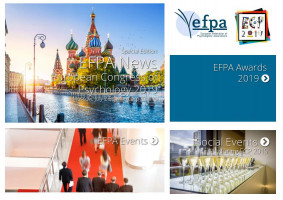 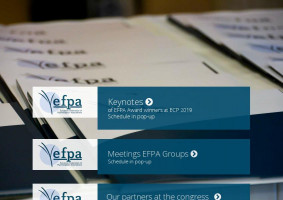 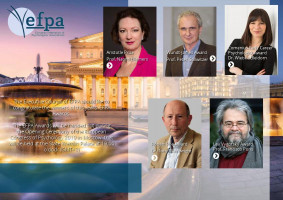 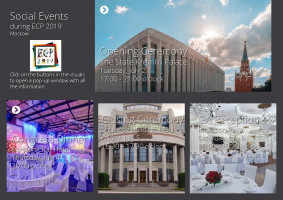 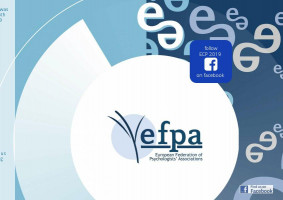